Can I Scuba When I’m Pregnant? 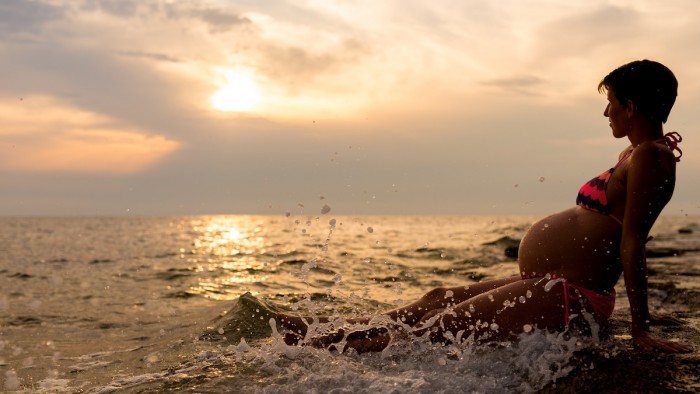 Being pregnant brings great joy and at the same time great responsibility. This unfortunately means some of the activities you typically enjoy, like a good glass of wine and yes, scuba diving, are going to be off limits for the duration of your pregnancy.

Don’t Put Your Child at Risk

One major concern with scuba diving during pregnancy is the increased risk of decompression illness (DCI) due to the physical changes your body undergoes. And consequently the increased risks of DCI for your foetus which could lead to birth defects and in the worst case scenario prove fatal. The reason for this is that your foetus receives oxygenated blood directly from the placenta. In other words, the blood supply to your foetus bypasses your lungs.

Should you suffer from DCI during scuba diving, the resulting build-up of nitrogen bubbles will affect your unborn baby directly, as your foetus is not physically able to filter out or expel these nitrogen bubbles.

In truth, there have been only four formal studies (the last of which was published in 1989) conducted on the effects of scuba diving on a foetus due to the obvious ethical concerns and risks associated with such studies. And the research has mostly focused on animals and women who continued scuba diving prior to realising they were pregnant. Sheep have proved popular test subjects as their placenta most closely resembles the human placenta.

Enjoy Scuba Diving After the Birth of Your Child

The results of these studies are however far from clear, with many women apparently reporting no ill effects to either themselves or their babies though they continued to dive while pregnant. That said, scuba diving during pregnancy has been loosely associated with serious birth defects and in a few cases, with miscarriages.

The fact is, we may never know exactly to what extent scuba diving impacts a pregnancy or unborn baby. One thing certified dive instructors and responsible scuba schools are agreed on is that scuba diving when you’re pregnant is simply not worth the risk. So if you’re a mother-to-be, you’ll just have to enjoy being a landlubber for the next nine months; that’s plenty of time to plan your next scuba diving adventure.